Halloween4Heroes Delivers Tricks And Treats To Kids With Cancer 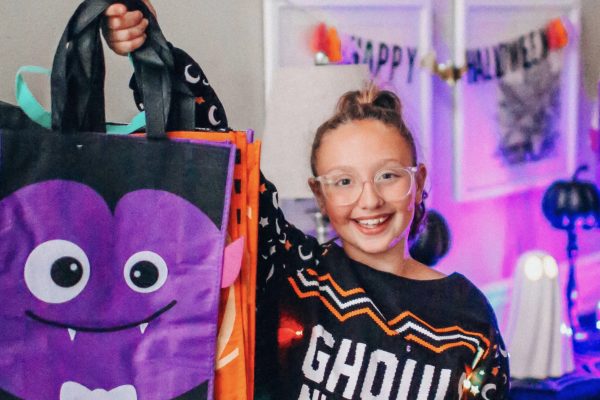 Kim Lyon and Samantha Piety have a friendship that goes back to elementary school. They grew up together in Franklin Township and reconnected after they had kids. 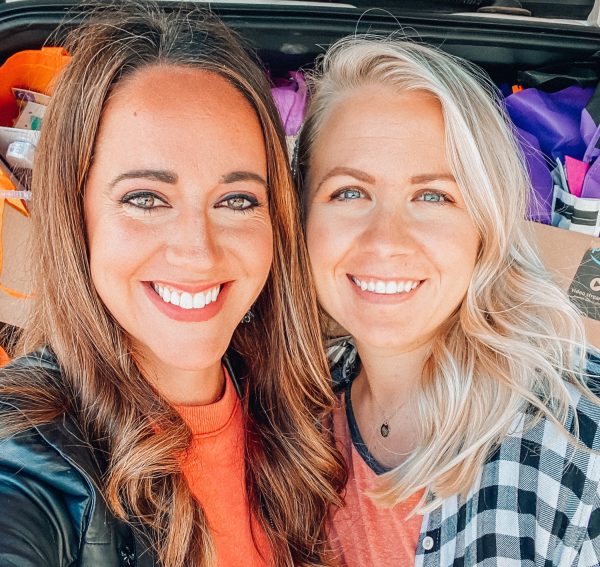 Their oldest daughters, Piper and Ruby, are best friends.

Right after the girls started kindergarten together, Piper got a bad cold.

“She had a chest cold and one day she would have a fever and then the next day, it would be gone,” Kim said. “It was one of those on and off type of things.” 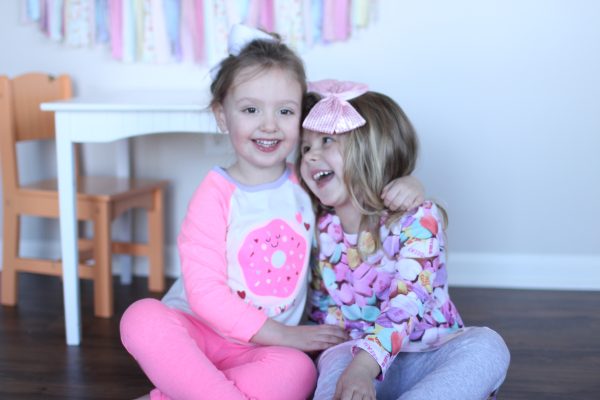 She took her to the doctor.

After a while, even her teacher got concerned.

“One day she called me and said, ‘I’m really worried about her. We laid down for naptime and she doesn’t want to get up and she’s got a fever again.’”

After a few more doctor visits – including a trip to urgent care and the ER – they got frustrated by the lack of answers and urgency.

“Finally, Matt took Piper in to Riley Hospital for Children and I didn’t go because I was like, ‘They’re just going to say the same thing.’ He said as soon as he walked into Riley, they looked at her and they were like, ‘Something is not right here.’”

The next day, they had an answer.

“They came in and told us that she had advanced stage 3 Burkitt lymphoma,” Kim said. “We found out Sunday morning and by Sunday night, she had in a central line, she was on a ventilator, and they had started chemotherapy.” 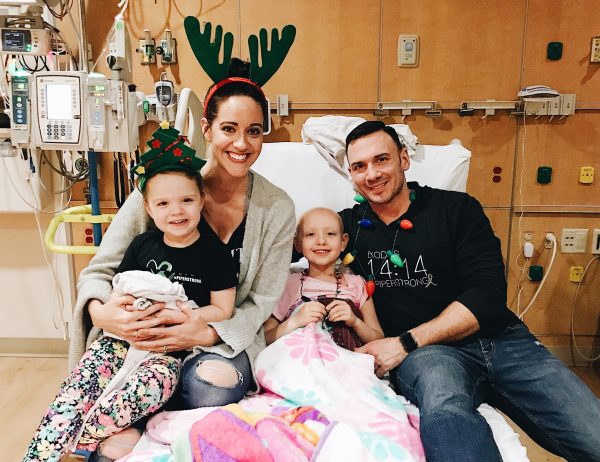 Piper spent the first month at Riley and was in and out of the hospital for six months after that – enduring weeklong chemotherapy treatments, then going home to recover for a few weeks before returning to start the cycle all over again.

While they were in the hospital, they had a heartbreaking realization.

“You always imagine that everyone else’s situation is sort of like yours,” Kim said. “That is not the case. A lot of families, both parents work and they can’t be there. And so, the only people that are there with the kids are the nurses. Walking by a room and seeing a kid throwing up into a bucket and nobody is in there – it’s heart-wrenching.” 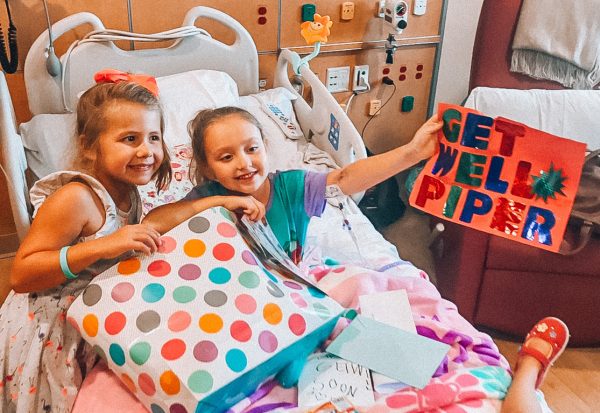 When Piper was cured, a family friend wanted to do something in her honor to give back to the hospital.

Kim remembered a conversation she had when they were there.

“I was talking to the nurses and the Child Life staff at Riley and they told me that Halloween was one of the fun holidays for kids that they don’t get a ton of donations for,” she said.

So, they put together treat bags packed with Halloween activities for the kids. 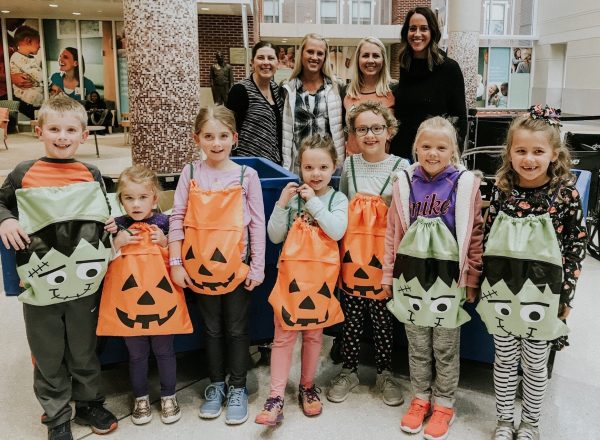 “The first year, we were focused on the cancer floor and our goal was to at least cover all the kids on the floor – which was like 35 kids – and we did that.”

From there, it took off.

For Samantha, partnering with her friend to pay it forward is a rewarding experience for the whole family. 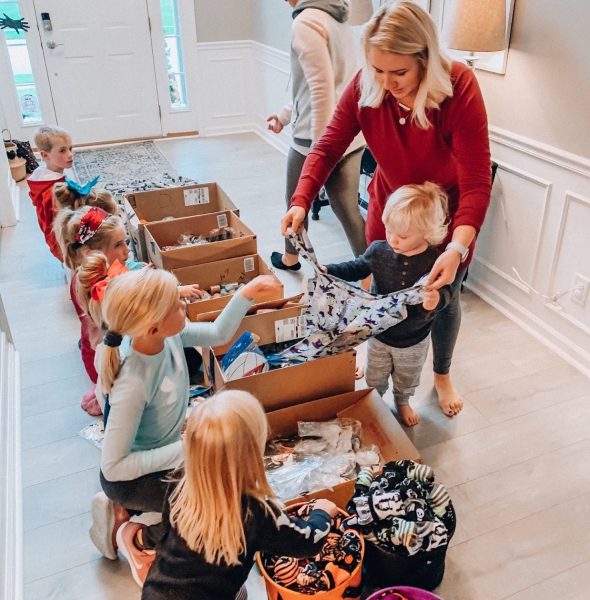 “It was always a big thing to try to bring some type of normalcy to Piper’s hospital room. It was heartbreaking that her childhood was getting taken away,” she said. “And so, doing the project – it was like, if you can bring some normalcy of Halloween – little goodies and fun activities that all kids who are not in the hospital are getting to do – that’s what I think we’ve always wanted this project to be.”

When Piper was in the hospital, she received a LEGO set from the Heroes Foundation’s Team JOEY. The Team JOEY program partners with Halloween4Heroes to put LEGO sets in the bags for the pediatric cancer patients. 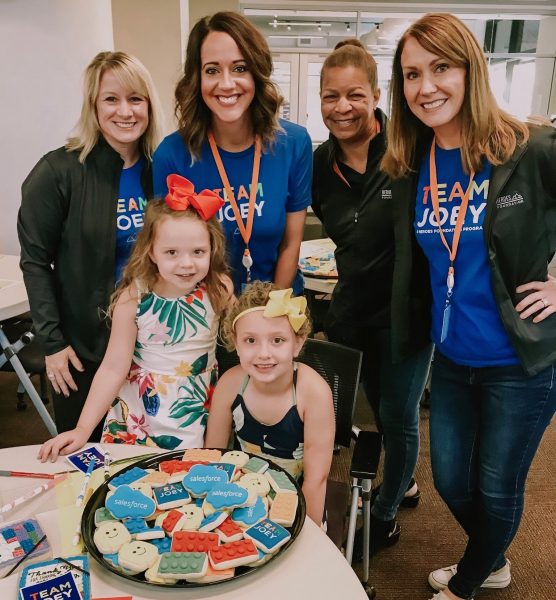 Last year, a Lyon family friend had a son diagnosed with osteosarcoma. While he was at Riley, Will received a treat bag from Halloween4Heroes.

This year, he joined them to pack bags for other kids.

Having a child with cancer is a group no one wants to belong to. 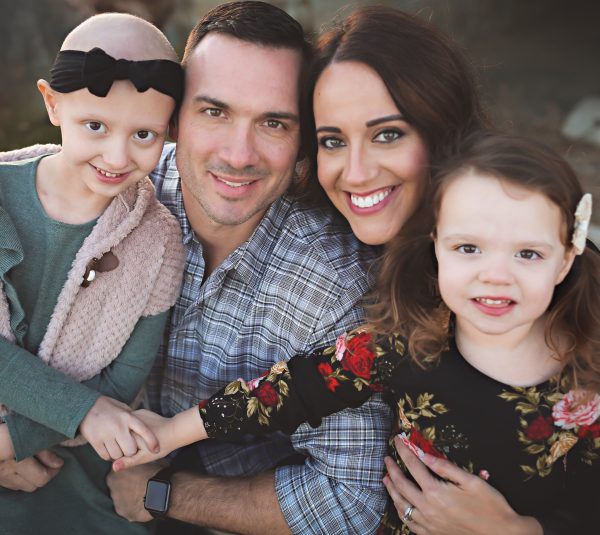 “It’s rare, but it’s not as rare as you think,” Kim said. “I feel like there needs to be more conversation about it. So, any opportunity we have to talk about it, we will.”

They know how fortunate they are to have their happy, healthy daughter back.

And they’ll continue to pay it forward for as long as they can. 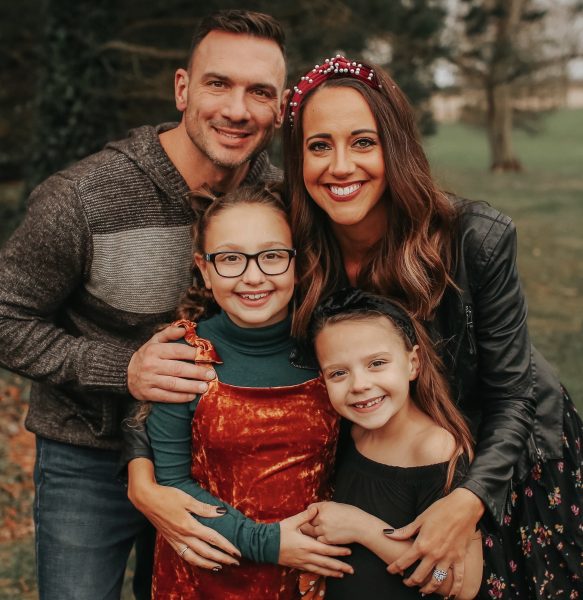